Managed IT & Cloud hosting services from Cloudsourced IT Find out more!
Home » Reduce total IT costs » 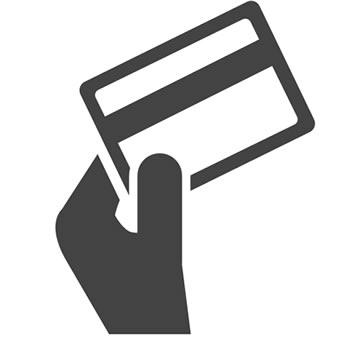 Clients tend to save around 25% of their total IT costs annually.

How Can We Reduce Total IT Costs?

We are often asked by people how it is possible for us to help them reduce their total IT costs?

Savings typically come in 3 areas that are measured and one that typically isn't.

A company is likely to have one IT strategy to support the business in achieving their business goals.

Particularly where there are multiple office, many companies either have a complete IT infrastructure per office or they attempt to link the office by allowing staff to log onto servers or services in other offices.

A complete IT infrastructure per office is costly. While the initial purchase of the equipment is seldom the largest cost, it is still duplicated for each site.

The real cost of an IT infrastructure is in getting it setup properly - the implementation phase. Without a decent implementation, offices are likely to suffer ongoing issues throughout the life of the infrastructure. This implementation is not required once, but once per office. This is expensive! And prone to errors / issues.

IT support is the most expensive component of any IT infrastructure.

2a. Economies of Scale

A hosting company typically have many thousands of users. Subsequently they can afford highly trained IT support professionals and share that cost between their various companies.

More advanced skills typically generate better solutions and a better infrastructure. That will in itself reduce the support required.

The better hosting companies will invest heavily in writing code and developing systems that ensure the systems generate warnings long before an issue affects users. Alternatively they build processes into the infrastructure that identifies issues developing and takes sensible steps to resolve it without any human involvement.

SME companies typically neither have the internal skills nor budget to be able to put this kind of infrastructure in place.

Where IT is managed on an office by office basis, the natural ebb and flow of staff levels mean that they are typically holding more licenses than they need for most software at each office location.

By contrast, with Cloud they can share licenses across the entire business irrespective of location. This alone can significantly reduce the number of licenses required.

Many Cloud providers can also offer some of the standard software licenses on monthly terms. That means that as staff numbers ebb and flow, they are able to adjust their software requirements accordingly. Rather than paying for anticipated user numbers, they benefit by paying only for actual user numbers on a month by month basis.

Rather than each business having to operate an Exchange server and perhaps an SQL server, with Cloud hosting providers they are often able to offer access to Exchange user account and SQL databases for a relatively low fixed monthly price.

Reduced Staff Productivity Because Of IT Issues

While staff being unable to work is obviously costly for the business, it is seldom accounted for in any way that can be sensibly monitored.

The same goes for the time existing staff members or at least co-ordinating the external support required to fix the existing IT issues.

Typically our users reduce their Total IT costs by 25% before we have made any kind of allowance for the significantly lower levels of IT downtime that the business will benefit from.

Why Is Hosting Not Cheap?

Hosting overheads are significant. The servers used tend to be significantly more capable than an SME could normally justify. The same goes for storage, connectivity and so on.

Where a small business could buy a hard drive to store backups on for under £100, the same amount of storage in a datacentre will cost tens of thousands of pounds. There are reasons for that - it is significantly better quality, significantly faster and significantly more reliable.

While this infrastructure can accomodate significantly more users than the equipment an SME could afford, they are very far from cheap.

In fact, if hosting companies offer very low priced offerings, you can guarantee they are not doing the job of hosting to a standard a business could rely on.

We Can Help If You:

Managed IT & Cloud hosting services from Cloudsourced IT Find out more!
brought to you by